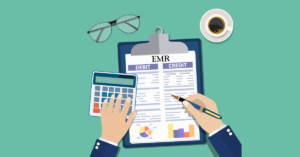 Workers’ Compensation insurance is widely known and purchased by businesses to fulfill their statutory requirement to provide benefits to workers injured while in the scope of their employment. Everything from bug bites and cut fingers to quadriplegic and fatal accidents will be claimed under WC. However, what many business owners fail to fully understand is that there is a tracking mechanism and predictive tool that helps determine how much they will pay for their WC insurance; it’s the Experience Modification Rate (EMR). Because the NCCI (National Council on Compensation Insurance) is the governing body for almost every state in the U.S. (click here for a current map), my discussion of the EMR will focus on the NCCI’s version. …

What is the EMR?

All states allow the use an EMR to modify manual rates which causes premium to either increase or decrease. In the simplest form, the EMR is an equation that = (actual claims/expected claims). Now, there is a lot of statistical analysis that goes into each portion of the equation, but in general terms, if you have the amount of claims that a company in your industry is supposed to have, then your EMR will equal 1.00. This basically puts you on par with industry peers and gives no competitive advantage or disadvantage when it comes to what you pay for WC.

Why is it important?
The EMR is significant because it offers the ability to get credits or debits in the rating of the WC policy, and these credits/debits could significantly change the final premium. Because of this influence over final premium, it provides employers with an incentive to provide safety and loss prevention programs as well as an incentive to have injured employees return to work as quickly as possible.

Characteristics
There are many variables that actually go into the calculation of the WC mod, if you think it will be fun to follow the calculation with some illustrations of a mod worksheet, check out the NCCI’s ABC’s of Experience Rating. But what I will tell you is that frequency and severity of claims along with payroll all play big parts in establishing the mod. Throw in whether the claims are medical or indemnity, and you have even more variables.

Here is what you need to remember about the variables:

Frequency – Is it better to have a lot of little claims or one big one? Well, as far as the mod calculation goes, frequency weighs heavier than severity. Because frequency of claims is a byproduct of poor safety controls and lack of management oversight, the mod equation is created to elevate the mod faster for frequency than severity. The mod equation also breaks up all claims into primary losses and excess losses. The frequency is felt in the experience of primary losses. Through 12/31/12 the NCCI considers “primary claims” to be those less than $5,000. Effective 1/1/13, “primary claims” will increase to $10,000 or less.

Severity – when we discuss severity, regarding the mod, the NCCI categorizes this as claims in excess of $5,000, through 12/31/12. Each state also puts a cap on large claims (usually around $150,000) so that one significantly large claim cannot outweigh all the others. It’s the excess losses that represent severity in the mod calculation.

Payroll – We all know that payroll (per $100), by classification code, is multiplied by corresponding rates from carriers to determine manual premium, but this same payroll, by code, is also used by the NCCI to determine expected losses. It’s this payroll and the NCCI’s crystal ball (a ridiculous amount of historical data) that determine an appropriate value for which to compare companies. Obviously, smaller companies with less employees and lower amounts of payroll are expected to have fewer claims and less total dollars incurred to those claims. As the size of the company and payroll increase, the expectation for claims and dollars incurred also goes up. There is, however, an inherent benefit for larger companies within the mod, I’ll sum it up in the big picture… the bigger the company, the bigger the swing in the mod, the smaller the company, the smaller the swing in the mod. Bigger companies have the potential for a bigger credit.

Medical vs Indemnity claims – This is an influential factor built in to the mod calculation that is often overlooked. The mod actually rewards employers for providing light duty and return to work programs. Here’s how… every claim is coded by insurance companies prior to sending the information to the NCCI for calculation. One of the items that is coded on a claim is whether it was medical only, or if there was indemnity associated with the injured worker’s claim. In approved states, when a claim is medical only (no lost time) the mod reduces the value of the claim by 70%. That’s right, only 30% of medical claims dollars go into the respective primary and excess loss totals. For example, if you have a $7,000 medical only claim, only 30% of the primary (30% of $5,000 = $1,500) and 30% of the excess (30% of the other $2,000= $600) get put into the “actual” losses for the calculation. Contrast that to a $7,000 claim which included indemnity payments; the whole $7,000 gets put into the “actual” losses. $2,100 vs $7,000, which would you rather have held against you? This is a primary reason why it pays to provide light duty and return to work programs. Below is a list of all states that have approved the 70% credit: AL, AR, AK, CO, CT, DC, FL, HI, ID, IL, IN, KS, KY, ME, MD, MI, MN, MS, MO, NE, NV, NH, NC, OK, RI, SC, SD, TN, UT, VT, VA, WV, and WI.

How does it change, and can I influence it?
Let’s first go back to my simplified equation (actual/expected = mod). Because 3 years of claims data go into the “actual” amount (that’s 3 years, not including the most recently completed year), claims both open and closed will influence the mod. This continues with a 3-year rolling total of claims, so (assuming payroll and expected losses are steady) as poor years of claims experience drop out of the total and are replaced with a good years, the mod will drop. The contrary is also true, drop off a good year and add a bad, the mod goes up.

So if you want to influence the mod, it’s simple. Pay attention…

Audits of the experience mod can be done at any time, and the audit itself is relatively quick for someone with all the information. Below are the most common steps in the mod audit process when errors are found:

Audits of the experience mod worksheet should be an annual practice for all companies that are issued a mod. Correcting the errors found in the audit process can potentially recoup thousands of dollars paid in premiums.

John Keller, CRM ARM CIC AAI is the Director of Risk Management and Claims at Gulfshore Insurance. John works with a wide range of business clients to deliver strategic risk analysis and guidance. Comments and questions are welcome at jkeller@gulfshoreinsurance.com